Welcome to another Featured Guest Post. Today, I have a wonderful and talented lady, Paula Rose Michelson. Not only is she a gifted writer, but she is also quite the inspiration. She writes heart-felt Christian Romance AND enlightening self-help books. So, she has something for everyone!! We will be diving into two of her newest releases, one for each of the *above-listed* categories.

1) Have you always known you wanted to pursue a writing career?

Since I began writing and telling stories many said I would be a writer. However, being unable to distinguish between “to, too, or two,” and early on realized that correct punctuation isn’t my strong suit, though I’ve been writing since I was thirty, I was not writing to publish until Messiah called me to write for him.

2) Where do you find inspiration for new stories?

Having spoken with a friend of mine who’d wanted to publish my work for years, I was surprised that while researching what I thought to be the least important of the three women I would write about in a book that was never written, that character (Naomi) began telling me her story. The six Naomi faith books, three of which are now published, were penned because of that experience, and the research I did to determine if what she told me was true. Please don’t misunderstand, I had researched this character’s history, but as I wrote what she shared, I also researched what she said, and discovered that her revelations were true.

3) What part of writing do you find most exhilarating?

I love writing the initial draft because knowing that the layers and nuances can be added later makes this a free flowing form of expression. Even checking out the history while doing this is fun because you’re looking into something for the first time, sort of like going on a treasure hunt because at the end you…the writer, gets to decide which pieces of treasure will become the final draft.

4) What part is most difficult?

I know this might seem odd, but for me, it’s settling on a book title.

5) What has been your biggest accomplishment as a writer?

Since I’m friends with the retired Dean of the Library at BIOLA Christian University and my great cousin was a Rhodes Scholar and the Head of the American Literature Department at Tulane University, I know that the hardest thing to do…and the biggest thing a writer can accomplish is letting their work be published or publishing it themselves since less than 1% do that.

6) What, in your opinion, makes your writing unique?

My husband and many others tell me that I write literature, and having discovered that I do write to illustrate the human condition and show the reader choices, I believe that is true.

7) You have two newly released books. We’ll begin with the Christian Romance Novel, Beginning Anew: The Naomi Chronicles, Book One. Please entice the readers with some details on what they will find in this book.

In this continuation of Naomi and Chaz’s spiritually riveting story, this once star-crossed couple is Beginning Anew as husband and wife. They are trying to put their disastrous past and their first failed marriage behind them. Yet the past is indeed a huge part of this story. Chaz’s faith is tested and Naomi is living with the fallout of having hidden who she was. When everything may fall apart once more, Naomi’s nemesis steps in and…

8) How did you create such dynamic characters?

Writing character sketches isn’t new to me, however, once Naomi took hold, she told me about them…mind you, I still had to flesh them out. But having written their dialogue that became easy, which may seem odd since I’m not Spanish. As the founder of LAMB Ministries, (which you’ve asked me to write about next), I speak, and teach about the way our choices shape us and create our future, so honing characters that have issues, much like the dually diagnosed patients I worked with while interning at Woodview-Calabasas Hospital as a Chemical Dependency Counselor, was easy for me because I enjoy showing the human condition.

9) What can we expect next for Naomi?

Beginning Anew is the first of four Naomi Chronicles Books, which actually began with the two Casa de Naomi: The House of Blessing Books. I changed the title of the saga when I decided to self-publish. The next book, due to release towards the end of 2015, is Commitment for Two: The Naomi Chronicles, Book Two. Sorrow Season will release in 2016, and the last book Triumphant Joy will release in 2017.

10) The second book is a Christian lay-counseling book, titled How Did We Become Angry? 7X7 Biblical Recovery for Women Suffering from Trauma and Abuse. Tell us about this book.

This first book in my seven Christian self-help series books derives its title from a very real human issue as do the other books in this series, which deals with the difficult negative feeling or the need to Blame and Shame. Having understood what went before, LAMB Ladies can then explore how to Reframe, Gain, and Grow, which culminates in The Praising Process. Those who stay committed to their own personal healing process acquire the tools they need to weather any storm.

11) Here, we discuss some serious issues. What was the hardest part of creating this book?

Within the first year of LAMB Ministries founding this and much more material was developed. Having discovered that what continues to set people free to own or choose another reality could now be made available in an e-reader format, the hardest think I had to do was decide what to share. Not knowing what the individual would need, I decided to use the seven books to show them possibilities, and in the process of doing that, I hope those who need more will contact me by using the email address I added in the back of that book.

12) What advice would you give to an aspiring writer?

This is by far one of my all-time favorite questions! I hope that all who wish to write, write their heart because in doing that, others will feel what your characters, or if you’re writing nonfiction, what you do. In writing fiction, be sure to let us know why we should care, and connect the dots in your work throughout making sure that you continue to keep us engaged. When you’ve finished your first, in fact all drafts, read your work out loud without inflection, so you can see if you left something out, or told too much. When you’re satisfied ask others to read and write down their comments next to the line they are mentioning. Rewrite, rewrite, and again rewrite. Then go to a critique group.

When writing nonfiction, be sure you know enough to write a book others will benefit from, and when publishing mentioning those credentials. Since having endorsements from others in the field you’re writing about is important, asking them to review your book and make comments that would help you can be a Godsend.

13) What can we anticipate from you in future projects?

Since there are seven LAMB Ministries books, and I’ll release one a year, please look for Book Two: Why Did We Blame?; Book Three: What is The Shame Game?; Book Four: How Do We Reframe?; Book Five: What Do We Gain?; Book Six: How Do We Grow?; and Book Seven: The Praising Process.

14) Is there anything else you would like to add for our readers?

Yes! Thank you for asking!! Indie authors like me, write because writing is akin to breathing for us. Yet, having judged a Christian author award competition where Indie books were not included, I know that many Indie Authors work is much better than those being published by traditional publishers. As always, the marketplace, which is made up of readers like you, determines what is a bad, good, or great book. Therefore, I ask that when you read a book that touched, changed, or helped you, please leave a few comments or review. We authors, who spend our lives creating, would very much appreciate your comments and would be truly grateful if you’d recommend our work to others. 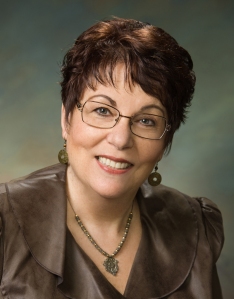 Known as an author of sweet Christian romance with a Messianic twist and a hint of history, Paula Rose Michelson’s latest book, “Beginning Anew: The Naomi Chronicles, Book One” is a continuation of Naomi’s faith journey which readers began when they started, Books 1 & 2 of the “Casa de Naomi: The House of Blessing” Saga.

In 1988, after studying to become a Chemical Dependency – Lifestyle Disorder Councilor, and interning in a dually diagnosed psychiatric unit, Paula Rose Michelson gave her life to Messiah. With the leading of the Ruach HaKodish (Holy Spirit), she founded LAMB Ministries which teaches women how to recover from trauma by using Scripture and prayer to purge out the dross of their lives.

Steaming from her Christian lay-counseling ministry this woman just released is the first of my seven Lamb Ministries 7×7: Biblical Recovery for Women Suffering from Trauma & Abuse, books on Kindle titled, “How Did We Become Angry?” Paula mentors women, speaks on this ministry, her writing and many other topics and as a Messianic Jew, the wife of Chosen People Ministries Field Missionary, and Lutheran Pastor, Ron Michelson, and one who writes to full the Great Commission, Paula has seen God change lives when people believe in and call upon Him. A mother of two married daughters, she is a grandmother of seven.

What a wonderful visit!! Are you feeling inspired?? Can’t wait to go and buy this awesome lady’s books? No worries! Find the links below! 🙂

This site uses Akismet to reduce spam. Learn how your comment data is processed.

“The Nightmare” by Tyler Scott Hess

All reviews & buy links will be posted to the Book Reviews page.

If you wish to support my endeavors, donations are always appreciated. They help keep the site going. All contributors will receive a special thank you.

A special thanks to the following contributors: